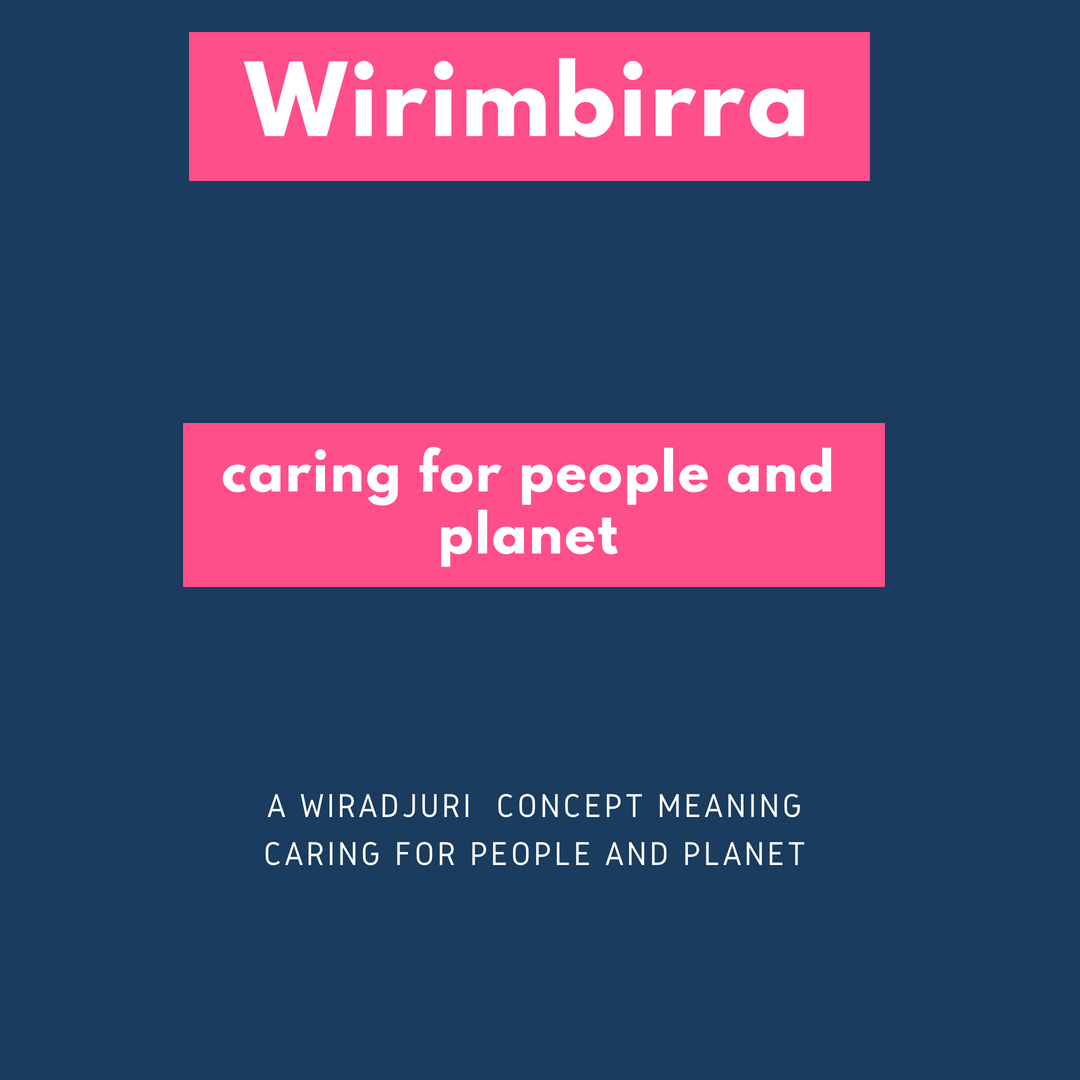 Our ever growing dependence on fossil fuel-based modes of production along with our increasingly unsustainable resource consumption and growing urbanisation is having catastrophic impact on Earth’s ecosystem (Metz, 2009, 14; Hamilton, 2003, 174), endangering the Earth’s biodiversity (Langton and Ma Rhea, 2005, 43), leading to rising sea levels and rising temperatures (Metz, 2009, 15). Consequently, this is threatening to rapidly decrease agricultural food production and increase the scarcity of drinkable water (Raygorodetsky, 2011).

Recently, with the aim to reverse and decrease our environmental impact, many are looking to incorporate the environmental knowledge (EK) of First Nations people into their practices and sustainability efforts as the natural resource management of many First Nations communities are low carbon and have kept their local ecosystems sustainable for tens of thousands of years (Raygorodetsky, 2011; Berkes, 2008, 3; Langton and Ma Rhea, 2005, 40). However, there are a number of factors that can impede the incorporation of First Nations EK into Western practices. These factors include destruction of EK due to assimilation policies, land dispossession, and eurocentric education as well as the invalidation of First Nations EK by Western societies (Whyte, 2017, 155; Berkes, 2008, 227). The consequences of ignoring or losing First Nations EK could be dire.

In addition to this, many are looking to the promotion of First Nations EK to change the attitudes of non-Indigenous people by helping them understand the connection between land and culture and the kincentric worldview of many First Nations communities which is underpinned by reciprocal relationships between them and the many non-human entities that make up their local environment (Erving & Longboat, 2013, 248).  Bringing awareness to the local First Nations communities’ relationships with non-humans can connect non-Indigenous people to place and may make them more personally invested in mitigating the environmental degradation of their local environment (Erving & Longboat, 2013, 249) . Furthermore, hearing the personal stories from community members about how First Nations culture and knowledge is being affected by rapid and drastic environmental changes can make climate change more real to people in a way data cannot (Lui-Chivizhe, 2017, 127; Whyte, 2017, 158; Berkes, 2008, 2).

Although, projects that utilise First Nations EK to address climate change have the potential to benefit many people, First Nations and non-Indigenous alike, libraries and archives must realise First Nations people have been the subjects of many projects that does not consider our priorities and has outcomes irrelevant to our needs or in many cases harmful to us and our goals (Datta, 2018, 41; FNICG, 2016, 142). Because of this, libraries and archives need to work to ensure any project they undertake that involves First Nations people or culture is underpinned by the relevant First Nations community’s desires and values, recognises and is underpinned by First Nations protocols, philosophy and self determination. To achieve this, Reo et al (2017, 62) recommends that multi-actor environmental initiatives should include the members of relevant First Nations community as early as possible in the development of projects and to work with them as partners. Moreover, be careful your collaboration is not exploitative of First Nations people and knowledge and is not just seeking tick a box approval (Sentance, 2017). Additionally, if consulting with First Nations knowledge holders, payment for their time and knowledge should be a priority.

Forced removal from our homelands, forced assimilation and destruction of ecosystems has stripped First Nations people from our sources of knowledge which has heavily disrupted our societies and the transference of culture through the generations (Lonebear, 2016, 258). For example, I have heard countless stories from family and friends who were Stolen or are descendants of the Stolen Generations who were forced to adopt English as their primary language, erasing the knowledge encoded within their ancestral languages, especially in regards to how to live in relation to certain ecosystems.

Because of this, First Nations persons are looking to access information stored in memory institutions, like libraries and archives to revive culture (Luker, 2017, 113). This is important as First Nations cultural revival could be pivotal to land and water restoration. For instance, it has be recognised that countries that have great biological diversity are also places with the greatest number of endemic languages and that loss of Indigenous languages is linked to loss of biodiversity (Langton and Ma Rhea, 2005, 45)

However, there are a number of issues that impede us, First Nations people, from accessing our cultural knowledge in library and archives. This post will suggest a number of ways libraries and archives can address some of these barriers.

Secondly, libraries and archives need to be proactive and make connections to First Nations communities and let them know the kind of material they have that can assist with First Nations cultural revival. This should include a digital return of this material to the relevant community.

Lastly, it can be difficult to connect with the cultural information in memory institutions because it can be so dispersed among many of them. For example, if I was looking to find Wiradjuri language material, I might be able to find material in local history collections, some in state archives, some material in a national library and some material in university collections. This is a difficult process and potential burden we place on First Nations users. As information professionals we should use our skills and industry contacts to make access easier for local First Nations people trying to access their culture that is spread across institutions.

In collaboration with their local First Nations community, there are many ways libraries and archives can promote a kincentric worldview that helps people to understand and be more connected and invested in the non-human beings that make up their local ecosystem. The incorporation of First Nations languages is one way as our social and ecological relationships and world views are embedded in our languages. For example, I worked with Gadigal man Joel Davison and he informed me the local Sydney word for bark was bugi and the local Sydney word for skin was bagi, these words reflects the deep connection our culture draws between the biology of plants and humans. Promoting the First Nations language connected to the land you are on also reminds people of the deep history and culture that has been part of the local ecosystem for thousands of years before invasion as well as helps people understand the strong relationships between communities and their kin (the local ecosystem).

In addition to this, there are other methods to assist the change the attitudes of non-Indigenous people by helping them understand the connection between land, culture and people. For instance, my colleague and Wailwan and Kooma woman Laura McBride has suggested that when children enter school they should assigned a local plant or animal to be special to them and for them to independently learn about. This may assist these children be more invested in their local environment, for example if their special plant or animal is a particular tree,  they might be more inclined to stand up against any upcoming deforestation. In collaboration with the local First Nations community, this type of idea could be incorporated into youth library programming.

Similarly, in the Indigenous Environmental Studies class at Trent University, students are asked to identify one local non-human being they have a relationship with and through observation, they have to learn three facts about the being. Then, combine those facts with how their relationship with said being could reciprocal and turn that into a narrative story (Evering and Longboat, 2013, 251). This could be an aspect incorporated into library information literacy instruction. Not only does it promote stronger understanding of people’s roles in reciprocal relationships with the environment around them, it’s also a good method to disrupt Western knowledge as the only knowledge in information literacy instruction.

Lastly, through pubic programming, libraries and archives can promote different First Nations EKs.  For example, storytelling performances. Datta (2018, 40) discusses a community garden project in the city of Saskatoon, Saskatchewan where, local Elders were invited to tell stories related to the garden which connected people with the plants and help them understand where their seeds are from, what the plants need and what they give us.

It should be noted in some cases, libraries and archives might not be the best place to host such programs, but in many cases they are, especially when promoting First Nations EK to the broader public. Mainly, because libraries and archives are trusted western institutions which for better or worst, makes the information they promote appear valid which is part of the constant reaffirmation of the West’s view of itself as the centre of legitimate knowledge and arbiter of what counts as knowledge (Smith, 2012, 66). Libraries and archives can use this power to endorse First Nations EK. This endorsement may assist other agencies such as local councils to involve First Nations EK as part of their local environmental policy.