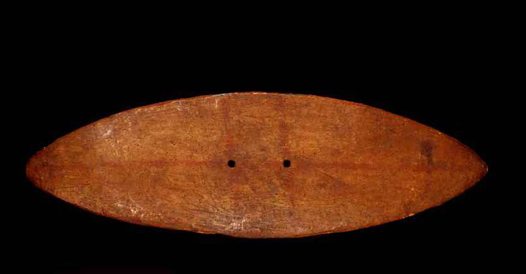 My blog post about the misconception that galleries, libraries, archives and museums are preserving First Nation cultural heritage

Over my years working in memory institutes with a focus on Aboriginal cultural heritage, I have been involved in the facilitation of access to collections for Indigenous communities and community organisations who are working on revitalising culture or language as many First Nation Languages of this land mass and cultural practices have been lost.

For example, according to a Statement on Indigenous Australian Music and Dance endorsed by the International Council for Traditional Music, around 98% of Aboriginal and Torres Strait Islander music traditions have already been lost. In addition to this, before invasion, there was 250-300 different First Nation languages of this land mass and now, it is estimated that only 20 languages are now spoken comprehensively.

Many have made the connection between the loss of language and culture and loss of identity . First Nations peoples who experience loss of identity and culture are more likely to have depression and respond negatively to education. Which is why Dockery (2009) suggests helping First Nations people forge a stronger attachment to culture as it may be key to solving several factors that disadvantage them. However, this is hard because they are languages no longer spoken and dances that are no longer done.

This is where memory institutes come in. For instance, libraries and archives have bibles written in language made to convert the local people which show the word and sentence structure of no longer spoken language. Museums have canoes which can show how they were built and what with.  Because of this, I always hear, “isn’t great these things are being preserved or they would have been lost forever”

I have a several issues with this concept namely

1) Memory institutes are part of colonisation and culture loss was not a problem before colonisation.

As Genovese (2016) notes, archives and museums, along with researchers, proliferated the colonial agenda which lead to First Nations people being seen as savages and subhumans which justified their mass displacement,  forced assimilation, and the stolen generations.

There are many examples of how this affected culture and knowledge transference, for example there are many stories that stolen children could only speak english on missions and reserves. Additionally, much cultural knowledge is localised and connected to country, if displaced from country it is harder for that information to be transferred. A personal example is my dad, who never learnt Wiradjuri, he theorises that it was because his mother wanted him to fit in more so she never taught him. While this is not obvious forced assimilation, you must understand that is/was so much disadvantage that came with being the other, that my grandmother was pressured into assuring my dad fitted in to mainstream white society as much as possible, this included not teaching my dad language.

While memory institutes are now assisting community strengthen culture, they need to acknowledge their role in the weakening of culture as well as the fact their existence and the cultural heritage in their collections is due to colonisation and colonisation is what tried/is trying to destroy First Nations culture.

Collecting and preserving history and culture has long been part of Western culture, however it is thought of only in terms of tangible heritage and in putting that heritage in big buildings. So when the West came to this land mass, they assumed because First Nations people did not have museums or libraries, they are not preserving culture.

This did not take in account or dismissed the strength of oral knowledge transference of many of the First Nations communities. For example, there are some First Nation stories that talk about events that happened 7000 years ago which have been proven to be true. If that is the case, First Nations people do not need help preserving culture.

3) Collecting of cultural heritage was flawed

The above quote from an Aunty I know, encapsulates what the next section is about, the fact galleries, libraries, archives and museums did not capture contextual information about collections.  This could be because a lot of cultural heritage ends in collections because it was recorded by a white European or was stolen or taken without further enquiry about the knowledge that surrounds the cultural heritage.

This leads to paintings in galleries that may depict a ceremony, however does not understand what the ceremony was about. Or a shield in a museum that does not say the story it is meant to convey or from what localised knowledge it stems from. Or language manuscripts in archives that have misinterpreted language and may say the region it is from, but its a region that is shared by 2 or more Nations and does not specify what First Nation it is from.

All of the above, lead to those cultural heritage items not being as useful in culture revitalisation. This is because, collaboration with community was not done by memory institutes. This lead to only tangible heritage being preserved which is only a fragment of culture if the intangible heritage was not also preserved

This leads to my issue with memory institutes and repatriation (repat). When repat gets brought up, many people say that First Nations people do not have the capacity to properly preserve the cultural heritage items. Firstly, cultural preservation would not be as big of an issue if it was not for colonisation and secondly,  this way of thinking is very paternalistic, almost like institutes know better than First Nations people and is doing what is best for them. This takes away their agency and also means institutes’ collections are without consent. To move forward we can not think of preservation as just in its Western definition.

View all posts by saywhatnathan

16 thoughts on “The Paternalistic Nature of Collecting”